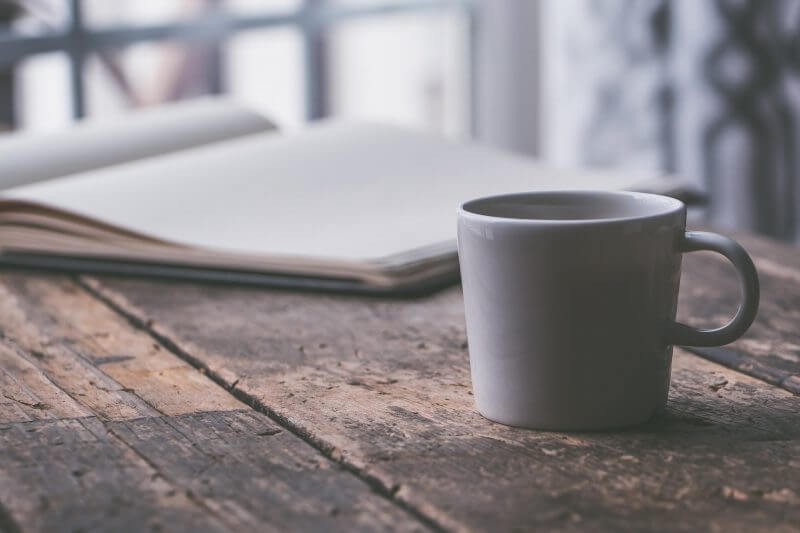 YOUR content: ownership, control, making it last, and delivering on your own schedule

With whatever’s contentious in life, my approach is usually pretty predictable. I have one militant view, then swing wildly to another. Then, once I’ve let all opposing thoughts tangle together, I end up splitting the difference. Moderation is the answer to just about everything, and, having found a decent cadence with social media now, that’s no different.

Swearing off it entirely would be like a slap in the face to those who were in my position 15+ years ago, trying to break their duck in my industry. Booking out an entire day to march around their nearest city or spend time on the phone, in a vague attempt to attract gallery representation, like an archer firing arrows blindly into the mist.

But putting all your eggs in a third-party digital media basket instead seems equally foolish. One of my medium-term aims is to retrace my steps on content delivery, and treat social media mostly as it should be; a bit of fun. I need it to remain an option – one branch of a much larger marketing tree – rather than the necessity so many of us believe it is.

If you believe social media is crucial to the success of your business, then for you, it probably is. Ignore those other tree branches at your peril.

It’s probably quite bad for your health, too, especially if your brain is geared towards addiction.

I’ve only ever had a narrow gamut of interests, but have gone deep into the rabbit hole on the few that stick. In contrast with the above “moderation” manifesto, this is dicey ground, as the natural environment my efforts find themselves housed in can ultimately push back.

Be it work-related or even a simple hobby, I can become a little obsessed. I ran 85-95 miles per week one winter on top of my physically demanding job, and now I have arthritis in my feet. From years of mistakes, the wisdom is in finding the line, and finding it early.

In a relatively recent swoop to sit behind the socially responsible “digital wellbeing” code, software developers have introduced app usage limits to reduce screen time, alarms to notify of such a limit (in a softer sense), and reports on time spent within certain apps.

It all seems a little flimsy to me. The incentives to spend time on social media to suit “the algorithm” are stronger than ever; surely, categorically and relentlessly at the expense of digital wellbeing, with platform revenue the ever-present driving force.

Think of all the bits and pieces we’re encouraged to keep up with by those in the know:

And that last one is ringing in my ears. When in doubt…post more often. If you do all of the above, you’ll be highly sensitive to a theme tying it all together: more, more, more. You’re staying on the platform longer, posting everywhere, and scrolling furiously through your feed to engage with as many people as possible, incessantly, maybe mindlessly…

…and all the while being fed a torrent of one advert for every two organic pieces of content.

The platform owners now throttle organic exposure, continuing to highlight the benefits of boosting a post or creating an advert, to rise above the noise they’ve encouraged and propagated themselves.

They can charge advertisers an awful lot more if they can make promises about the sheer numbers of people toeing the line and viewing content, passively piping it from the platform into their own brains. If more and more people show up and stay, the highest level of exposure is given to the highest bidder. It’s as simple as that.

We’ve all been whipped up into a right old froth. Robotic, but frenzied servants to a money-driven behemoth, and as cynical as I sound, I’d be genuinely fascinated by and open to a defence or counterargument to this.

I say “mindlessly” engaging with some intent. I try not to add to the vaguely benevolent fog of how “nice” and “awesome” and “brilliant” everything is, but I know I succumb now and then.

I enjoy seeing what I see, but I know the aforementioned inanity I can’t escape is down to me and my peers, acquiescing to the not-so-secret secret formula for social media success.

It’s the greatest trick Facebook et al have pulled, in my opinion.

To create an apparent “cutting edge” of wisdom in how to conduct yourself, blunted by so many through its overuse it couldn’t hack through a marshmallow.

And still, the fresh articles keep appearing: “How to survive (and outsmart) social media algorithms in 2021”. You bet that’ll be drafted and dropped by plenty of writers around the world when the time comes. I hastily shun the idea of “surviving” in social media, as it compounds the notion we can’t do without it, and must bend to its every whim.

[Edit, 11/03/2021: At some point since the first iteration of this article, “Reels” emerged on Instagram. And like Pavlovian dogs, we’ve been occasionally treated to anomalously high levels of exposure for using it. Reels provides the quickest turnover of content yet, and will ultimately be interlaced with far more adverts than we’ve ever seen. Are you sensing a theme?]

Something I read all too often: “Sorry I’ve not posted for a while.” This isn’t intended as harshly as it sounds, so don’t be offended…but nobody really gives a damn whether or not you’re providing content. Even your closest friends and family are walking around, being people, not wondering where you are if you don’t post to the world.

I feel in this apology a heavy subliminal nod to the Instagram gods, such is their power. “Sorry I didn’t play by your rules. Sorry I had a brief death in digital activity.”

Outside a small handful of people, my actual death would trigger a response along the lines of “Oh, really? A bit young wasn’t he? Ah, well. So are you still happy with lasagne tonight?”

The world at large continues merrily without you, however jagged a pill that might be. If I fell off the face of the Internet for a couple of weeks, the idea that people who’ve never met me would even notice is completely laughable.

What’s more, the whole business of staying visible at all costs seems to defeat the incentive to create quality content that’s genuinely worth your time and mine, creating and viewing.

Or even seeking. I have to remind myself to catch up with users like this by typing their username into the search bar, as I know whatever they do I find so illuminating will inevitably drown in a sea of recurrently anodyne, even tiresome content.

I used to engage with people as and when I chose. I went through a period of consciously increasing this, suckered in by that standard advice, but it made me sick. Repeatedly banal contributions from me, on content I found occasionally underwhelming itself, owed in part to the sheer regularity of it. What the hell are we all doing?

While the actual thing I’m looking at is usually exquisite (it’s why I follow who I do), the same type of post and its cyclical nature, bound together with my equally cyclical engagement, can put me to sleep and make me stop wanting to look at all.

From my high horse once again, I now have a slightly refined but loose policy of making sure whatever I post a) genuinely informs or engages, b) connects ideas or people, or c) if neither of the above, at least entertains. And I probably hit the mark 30% of the time if I’m lucky, as people continue to be kind to me come what may (and thank you for that).

All these bits of content we stick on servers thousands of miles away aren’t even ours. They belong to the platform itself, which can take anything down with no notice, wipe your account, or disappear entirely, forcing you to hedge your bets across a multitude of these bloody things, or otherwise start from scratch if your one platform fails.

They also change the rules of the game constantly. Once upon a time, your entire audience would see what you did. That’s been choked out of the casual, humble user, with full exposure a luxury to those willing and able to pay for it.

To avoid this becoming a one-sided tirade, I know all the above are symptoms of greater forces at play, my engagement has been as dull as anyone else’s, and the actual people I know on the platform are delightful, and I feel lucky to know them.

So I still sort of like social media, but need to be the boss of it, knowing I can’t afford to be swept up by it to the nth degree any more than I can afford to bin it entirely.

I’m just advocating developing content you can confidently call your own, a platform for it that’s entirely in your control, and a genuinely interested audience.

If you take nothing else away from this:

…to make your extended content stand the test of time, render it untouchable by a third party, and delivered dependably, for free, to the people who truly want to see it.

A newsletter subscriber base of three people may feel pointless right now, but as with all good things, they take time to develop, sometimes very slowly. While it feels “pointless” during these early stages, there are literally no pitfalls in testing, adjusting and discovering your writing style, the make-up of your content and the message you’re putting out there. Soon enough, you’ll be a communicative tour de force, with truly effective, resonant content, and a devoted following.

By contrast, who’s to guarantee that the social media audience you’ve worked hard to develop will be as much “yours” in 10 years as it is now? We’ve all come to realise in the last few years that our effective audience number has been slashed in the name of paid advertising, and grown to accept this, after a little huffing and puffing. Changes beyond your control will continue to emerge, whether you like it or not.

This advice feels especially pertinent to the younger reader. I’ve been around long enough to recognise that very few things last, at least in the form to which we’re accustomed. As hard as it is to imagine, the behemoth that is Facebook Inc., and all arms of its operation, may not even exist in the years to come.

One of the few ways in which I feel very lucky to NOT be 20 years old any more: teenage Alex missed the beginning of social media entirely, and the extent to which he’d have been swept up by it. I know what I’m like. I’d have been obsessed. I may also have been blind to any future change in this new, exciting, benevolent, connecting force. If you’ve seen “The Social Dilemma”, you know very well what a difference 15 years makes.

Most emerging platforms are great, for a while. But anything that becomes popular enough WILL become heavily monetised, compromised and manipulated. That’s the model to which we all belong, willingly or not.

Thanks for reading this blog, and visiting my site. My newsletter link may have popped up by now, so you can also subscribe to that. (See what I did? Please set this up for yourself now!)

Hit that “X” in the top corner, to take you conveniently back to whichever social media compound allowed you here, when you’re ready. Someone please tell me this isn’t a problem.

If you’re willing, stick around and comment underneath as I’d love to know your thoughts 🙂