By Alex Fleming19 May 2022No Comments

I am taking part in the Art for Rhinos (Facebook/Instagram) online fundraiser supported by Save The Rhino International.

This is a charity I’ve been donating to for a little while already, but I jumped at the chance to do a little more here! As I hear more reports of poaching and animal trafficking because of the scarcity of and heightened demand for a species, it presents as quite a frightening framework to combat, but one that needs addressing very quickly.

I am donating 50% (£35) from each of the next five “Large” sized “Black Rhinoceros” prints to the Art for Rhinos project, until the middle of June.

At the time of writing, one print has been sold already. If you’d like to make a real difference to the plight of rhinos in South Africa through helping fund the Anti-Poaching K9 Unit at HiP, and own a genuine reproduction of one of my DSWF Wildlife Artist of the Year 2022 entrants, fit to last you a lifetime, don’t hesitate to follow the above link, or contact me however you like.

I’m very, very proud to have joined a group of exceptional and renowned artists, who are in turn driving donations through their own art sales. Just follow Art for Rhinos (Facebook/Instagram) if you’d like to see what else is available.

Since 1 January 2022, 96 rhinos have been killed by poachers in Hluhluwe-iMfolozi (HiP) Park in KwaZulu-Natal, South Africa. This compares to 102 in the whole of KwaZulu-Natal in 2021! Since Kruger National Park introduced dehorning in 2019 pressure has intensified in HiP.

The Anti-Poaching K9 Unit at HiP currently has 3 anti-poaching dogs, but not enough handlers to maximise the potential of the unit. The use of dogs in the fight against poaching has been a huge success story. They have proved to be an essential tool in fighting wildlife crime by tracking down poachers, detecting wildlife products and recovering illegal weapons and ammunition. A well-trained ranger alongside a well-trained dog a makes a formidable team.

Art for Rhinos has been set up to raise money to train another handler (R42,000) and to cover their salary for at least a year (R132,000). The HiP K9 unit was set up in 2019 and has already had considerable successes resulting in a number of prosecutions.

All money is being donated via Save the Rhino International who already support HiP as one of their many projects around the world.

Please follow Art for Rhinos (Facebook/Instagram) and #artforrhinos to see all the amazing artists taking part in this fundraiser which will run until mid-June.

HiP is a public park and is the oldest proclaimed nature reserve in Africa.  It has been very badly hit by Covid and the lack of tourism during that time.

HiP is renowned worldwide for being the historical home of the Southern white rhino, following the successful ‘Operation Rhino’ efforts in the 1950s to bring back White rhino from the brink of extinction.

Kwa-Zulu Natal has the greatest density of rhino in South Africa, and Hluhluwe-iMfolozi Park is home to an incredibly important population of both white and black rhino.

Hluhluwe-iMfolozi Park’s rhinos’ biggest threat is from poaching for the international illegal trade in rhino horn. While poaching pressure remains intense in Kruger National Park, there has been a shift towards other provinces, with KwaZulu-Natal, and Hluhluwe-iMfolozi Park in particular, suffering from the changing pattern of poaching.

The poaching intensity has been truly high. During this time, aviation support, the K9 units, and field ranger teams having been working extremely hard under challenging circumstances to carry out anti-poaching and monitoring activities.

Due to increasing intensity of poaching in Hluhluwe-iMfolozi Park, field rangers have been stepping up their monitoring and patrolling efforts in the area. Tracking dogs from the K9 Unit have been helping to track and deter suspected poachers. It is clear that without the dedication and hard work of the staff in Hluhluwe-iMfolozi Park the numbers of rhinos being poached would be much higher.

The Park plays an important role in growing South Africa’s Black rhino population, with Black rhino translocated from the park to other areas through the Black Rhino Range Expansion Programme.

In Kruger National Park – once thought to be the largest population of White rhinos in the world – White rhino had plummeted 67% from about 10,621 in 2011 to just 3,549 individuals in 2019.  And now poachers have turned their attention to Hluhluwe-iMfolozi Park as Kruger started dehorning their rhino in 2019.

Still recovering from devastating poaching losses since the 1970’s, Africa’s other species, the Black rhino, has seen an encouraging population increase of 16-17% over the past decade. Though the species remains Critically Endangered, the population has increased to around 5,600.

Operation Rhino has its roots in the Hluhluwe-iMfolozi Park. Initiated in the 1960s, the project aims at spreading rhinos from the Park to other protected areas and privately owned land in order to promote an increase in the population of these iconic and threatened animals. With rhinos in the park threatened, it not only affects the local population, but has far reaching consequences throughout Africa.

Traditional Chinese Medicine: poaching pressure escalated during the 1970s and 1980s as a result of the rising demand for rhino horn in Asia and the Middle East. Between 1970 and 1992, the Black rhino suffered a 96% reduction in numbers, with total numbers dipping as low as around 2,400

The illegal trade of rhino horn has been ongoing for decades. Populations of white and black rhino have seen a grave decline as a result. If you’d like to make a real difference to the HiP Anti-Poaching Unit, please purchase one of my “large” prints, or you can donate directly to Save The Rhino International. 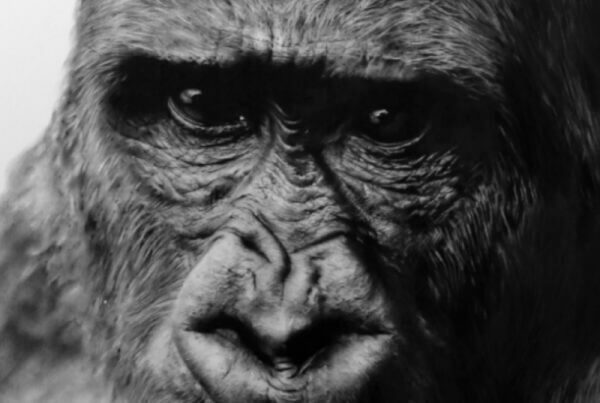 DSWF Wildlife Artist of the Year 2020 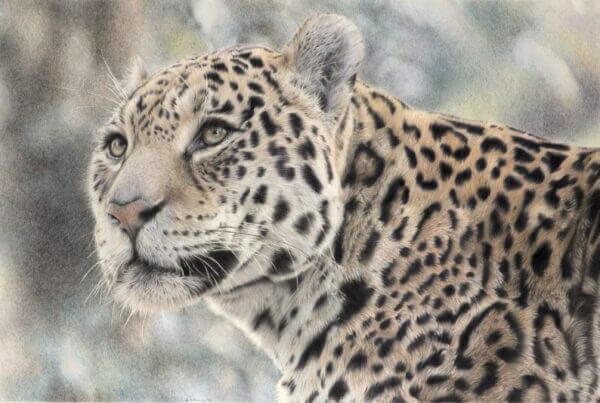