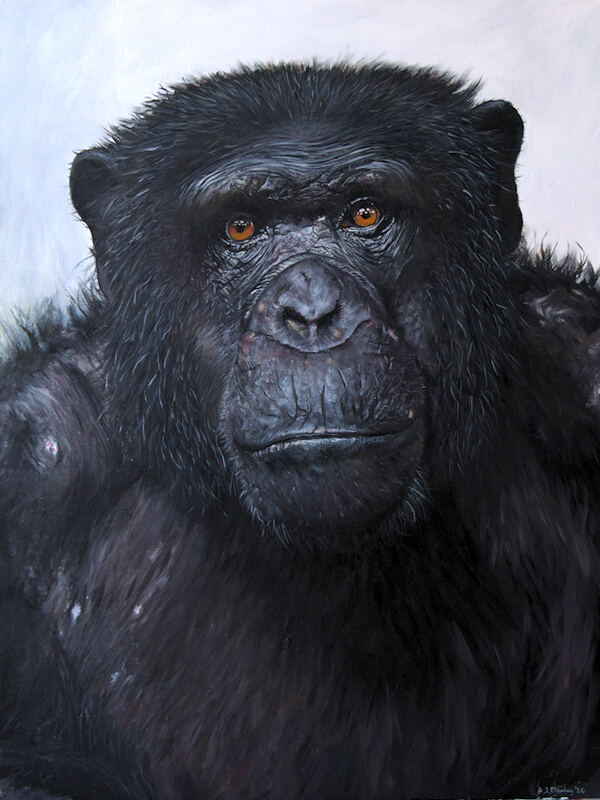 Revelation time. It happened the other day. The cognitive cycle that’s previously accompanied one of my low-level skills is as follows:

A cute little story you tell yourself that furrows deeper each time you tell it.

Your only chance to salvage it is to dismantle the chain of events, remove the weak link and rebuild.

What’s the weak link in my story? You may have already guessed it.

Your desired vs actual results may not relate at all, as your story is different to mine. Your weak link may be something else entirely. Even if your problem belongs to a completely different sport, this still applies.

Don’t forget your desired results depend heavily on paradigms you’ve set, knowingly or not, based on your surrounding influences and pressures, and your full decision-making history, which has fuelled many of your thinking patterns and shaped norms that don’t need to exist.

The point is, you can flip your story on its head! Tell yourself a brand new one that actually helps.

One popular life hack is to imagine yourself as someone with an abundance of the qualities you need to get a job done. To overcome the pressures of making a speech in front of a large audience, picture yourself as Churchill. You’re confident, bold, a seasoned veteran at the task, and not one thing in the world will knock you sideways. You’d be surprised how effective it is, even if it’s a white lie to yourself.

All you’re doing is telling yourself a new story; one where you identify and remove the fuzzy thinking – that weak link.

Mine is pretty simple – I feel accountable to an imaginary boss for wasting time if I’m not being directly productive. As mine is a largely online presence, I confer the weight of accountability to social media followers (at one point, the only people to see my work).

Yes, you were my boss, even though you knew nothing of it, and demanded nothing of me. My updates were so constant that I forced myself to believe that, as a helpful and motivational force, there were people waiting for them. So I became nice and productive to justify the feeling. Counterbalancing this effect, I stuck too rigidly to the same routines, without any wiggle room for experimentation, or a “dip” of any kind (cr. Seth Godin).

The truth: nobody cares if I mess up, or if I “waste” a little time. Everyone is walking around, being a person, thinking mainly about themselves and their family, their own pressures and interests, and not monitoring my moves, as I deliberately fooled myself was the case. The shame in the perceived waste only exists if I allow it to, and I’ve fed it like a pet, probably for years.

Particular to acrylics, with each attempt I get disgruntled, lock it behind a door and leave it “forever”. But putting a limit on time invested has paradoxically led to the little time spent being genuinely wasted itself: not learning new techniques, not taking care, not seeing how I can stretch or feed my skills. If the result of each painting is a load of old arse by the standards I covet, and I didn’t learn a single thing along the way, then waste is the only way to describe it.

Speaking of paradigms, it’s worth knowing that you shouldn’t always listen to internal messages, and even less often to external ones.

Your gut tells you a lot, but, in ways proven and popularised by Daniel Kahneman (Nobel prize-winning psychologist), your thoughts can be flawed and irrational, and out there in the world is a lot of noise.

I don’t have many tangible goals as a self-employed person, other than to be able to keep the lights on at this stage, and to live in modest comfort long-term. The intangible goals are what thrill me.

One of them is to sit entirely in my own lane, making completely independent decisions and taking actions that are deeply connected with my core values, and nobody else’s.

That sort of behaviour takes preposterous levels of confidence and can’t really be measured, but I know I’m not remotely there, as I often don’t know my own mind or how misleading are the paths it takes me down.

But (scaling down), this week in particular, I dived into this piece, fumbling around in the dark for most of it, learning/remembering techniques as I went, but regularly sticking my arm out and feeling for a glass ceiling I’ve been trapped under. Knowlingly “wasting” a little more time, just to see if there’s anything worth rummaging about for on the other side of the glass.

Sometimes I don’t even know whether I’m investing time wisely, but I’ll never know unless I throw hours and hours at it. And because I engaged in the act of “finding out”, which in itself can be as common or as rare as I like, the time wasn’t wasted anyway. That’s my paradigm shift!

I’m not always as pragmatic as I like to think, but this week I have been. This acrylic result is still a WORLD away from what I know can be done, but, for the first time ever (x2), it’s something I’m genuinely happy with for now, and I’m willing to learn more.

So if you’re in a rut, have a word with yourself and figure out which kinks in the hose you need to undo for fresh, positive and purposeful thoughts to start flowing. Into the garden of…your life, n that.

P.S. There’s a shit deer underneath this painting. It’s my most recent go with acrylics pre-chimp. Shows what a little “can do attitude” will do. Smiles all round. 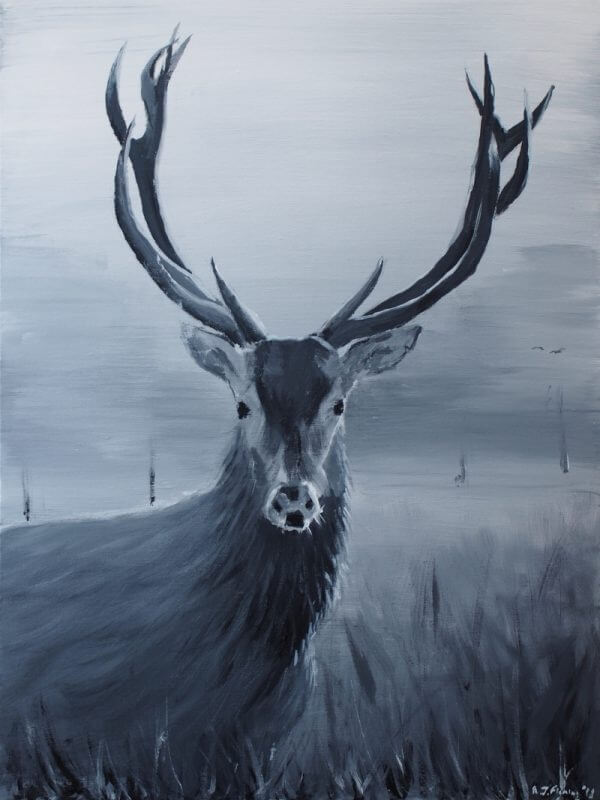