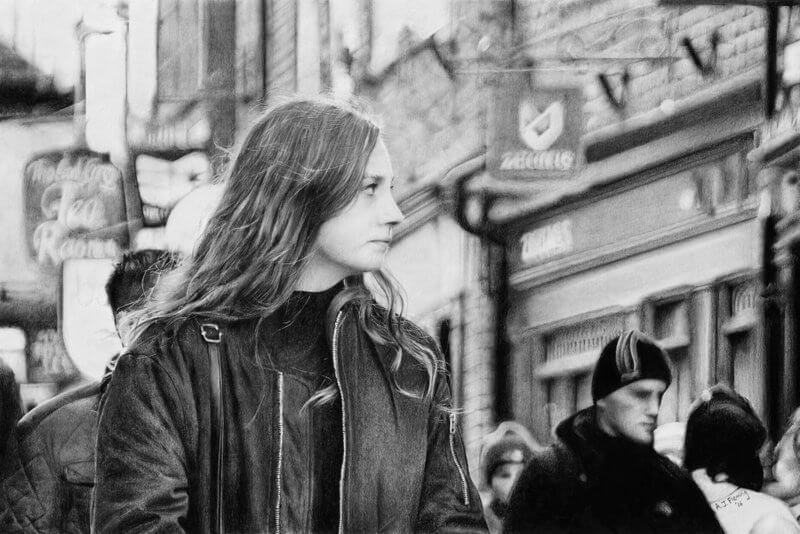 This post starts a series of technical throwbacks, using all the information I can remember from the time, including long, long piece titles. With thanks to David Greensmith for the cracking idea he personally suggested. I don’t know how insightful this will be, but now and again I’ll be addressing a couple of the challenges I faced with each piece, and maybe the odd breakthrough.

It was early 2016 when I began Street Photo Series I, completed entirely in graphite, and I’d been dancing around with a few methods for a few years. I only became more intentional with a handful of them, and the specific direction I was taking with subject matter, around this point.

I’d now become accustomed to marching across the paper, uniformly, predictably, unimaginatively, in bitesized chunks. This was at the expense of any flailing amount of artistic whimsy or talent I might have had, and a certain amount of joy. On the other side of the ledger, though, I was being rewarded many times over with far more consistency and the ability to focus on every single section of the image – an essential skill, if I wanted to “fill the frame” as effectively as I wished. I didn’t want to risk twisting in the wind as I turned to corner into a definitive new series.

The fresh challenges came a little amorphously, in the image’s varying degrees of soft focus. This was a brand new technical stretch, as until now I’d largely helped myself to whichever easy subject was fully contained in the focal point of the camera lens. I couldn’t even make out the lettering on any of the signs, apart from “Tea Rooms”. That one, I knew. I resorted to Googling place names on The Shambles (the York Street in question), and trying to cobble together what was where. 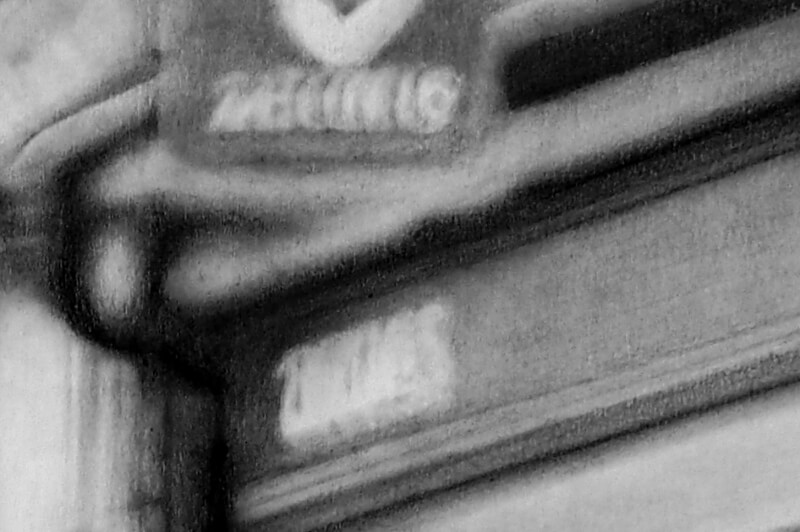 Especially difficult was my effort to make those letters convincingly blurred. You only get to erase, even on Bristol Board paper, a limited number of times. The non-existent “tooth” of photocopier paper would have made things a lot easier, if I’d been happy to forfeit the deep blacks you see elsewhere afforded by the paper of choice.

As for the chap in the beanie hat and black coat – nicely does it. A really satisfying render, using a tortillon to just barely scuff the outer edges of black into a convincing half-blur. 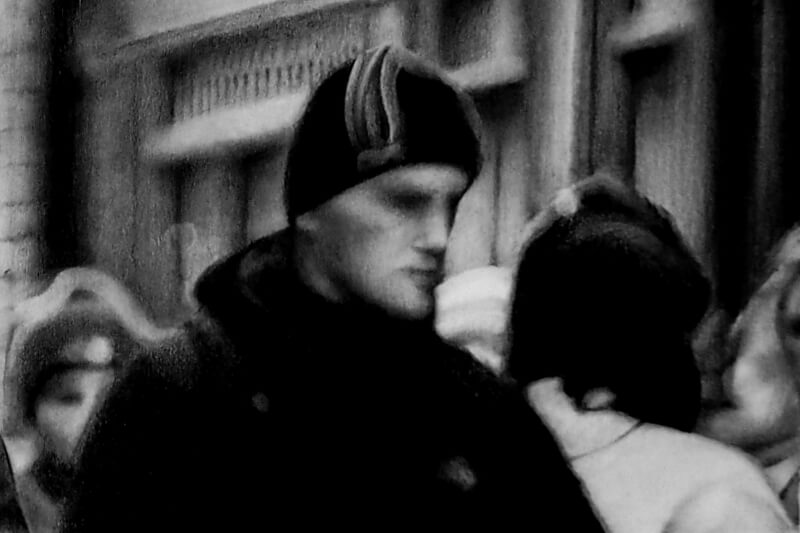 The texture of the subject’s coat was a difficult one. I wish I’d known about dry–brushed charcoal by this point! The handbag buckle also bizarrely took forever. 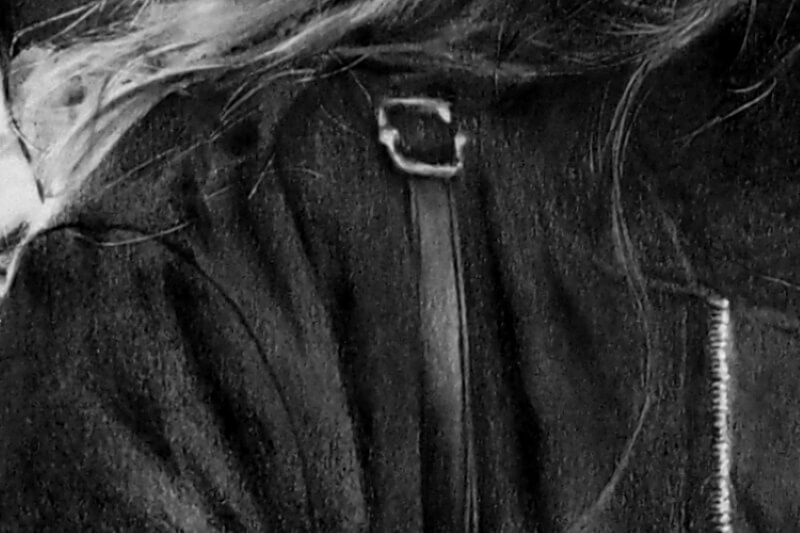 My most glaring weakness when drawing people has always been hair. Negative white hairs especially. I sometimes feel I’ll die never having fully got the gist of it, but I was at peace with this result by the end. 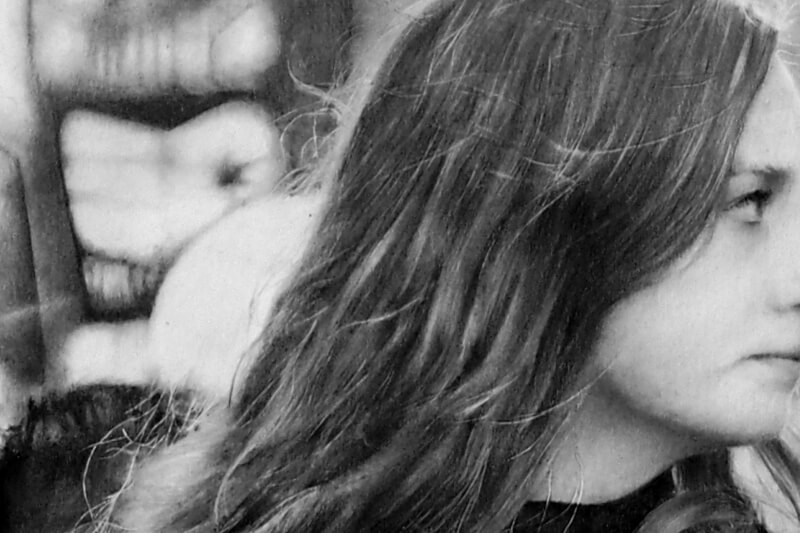 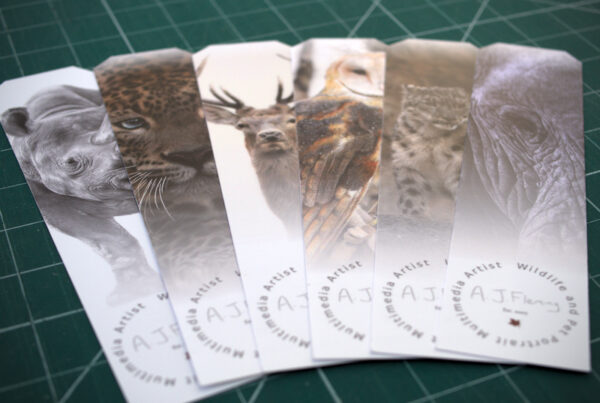 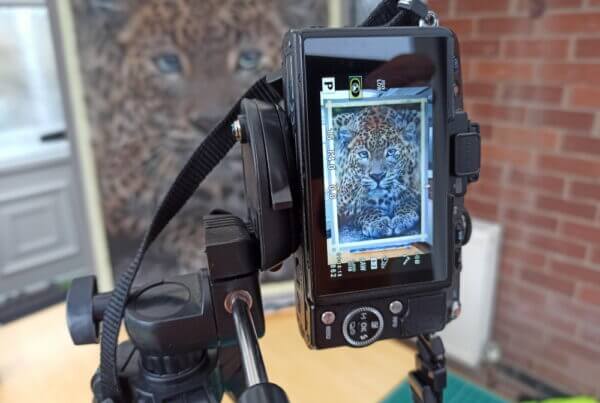 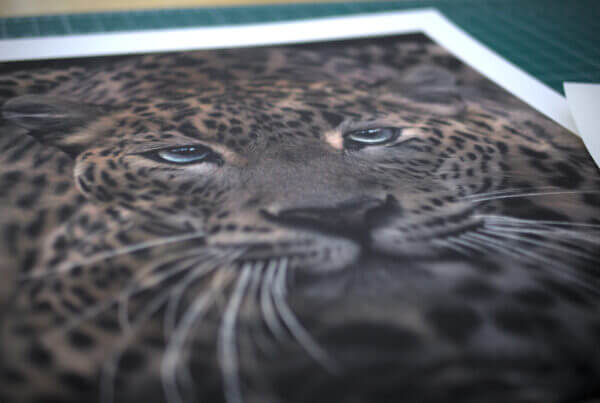